Years of under investment and a failing sewerage system are having disastrous impacts on our environment!

The Angling Trust and Salmon & Trout Conservation (S&TC) have just delivered a major report – ‘Time to Fix The Broken Water Sector’ – to Government on the management and regulation of the failing water and sewerage sector. It takes the form of a ‘shadow’ strategic policy statement (SPS) to set priorities for the industry and the regulator OFWAT which Ministers are obliged to publish ahead of each five-year investment round.

The report calls for the long-overdue investment needed to ensure that the UK’s water infrastructure, no longer fit for purpose, can meet the demands of climate change and population growth without environmental compromise.

The SPS has been sent to Environment Secretary George Eustice as a formal response to the Government’s own consultation. It delivers a stark message from the environmental groups and sets out why the Government’s forthcoming SPS for water must be a clear and unambiguous instruction to OFWAT to compel and enable water companies to repair sewerage systems and invest in adequate resources for water supply.

Continued failure of the water regulator to take the environment seriously is evidenced by the declining condition of freshwater in England. Not least the increasing failure of a sewerage system incapable of meeting demand with over 400,000 extra sewage spills reported in 2020. These failings are cemented by the known gap in capital funding of at least £10 billion for the water industry over the last 10 years.

The paper examines data on water pipe replacement rates revealing that the typical replacement/renewal rate in the UK is around 0.05% of the network per annum. This implies OFWAT and the water companies are expecting sewers to last for 2,000 years – 10 times longer than the European average.

The Government has claimed to have a vision for future water management from as long ago as the 2011 Government White Paper ‘Water for Life’ which cited climate and population challenges alongside the need to build resilience to ensure a good quality water environment. Fast forward almost a decade, and despite repeated warnings (both in 2015 from the Environment Agency on ‘water supply resilience and infrastructure’ and 2020 in a stark warning from the National Audit Office on the prospect of severe drought) there has been no notable improvement.

“The declining condition of our rivers is a national disgrace and it’s frankly hypocritical for this country to be lecturing the world on climate change when England’s rivers are failing, and our freshwater environment is slowly being transformed into a graveyard. The under investment in our water and sewerage infrastructure has been an act of breathtaking stupidity and it’s long overdue that this was put right.”

“The freshwater environment is in crisis, with much of the harm being driven by over-abstraction for water supplies and sewage pollution caused by water companies. Now is the time for OFWAT to take environmental issues seriously and not be constrained by attempts to cap water bills for short term political gain. Without a step change in public policy – leading to significantly increased levels of investment in water infrastructure – the situation will only worsen with dire economic and environmental consequences.”

Martin Salter, Head of Policy at the Angling Trust, said:

“The headwaters of globally rare chalk streams now run dry for much of the year due to over abstraction by water companies who have failed to resource the collection of surplus water in times of plenty – meaning that groundwater abstraction now occurs at the expense of wildlife and the environment. Meanwhile, the absurdly low replacement rate of our creaking and leaking infrastructure is resulting in more discharge of untreated sewage into rivers and coastal areas. Hardly surprising when pipes, designed for 50 to 100 years of service, are expected to last for 2,000 years”.

The ‘shadow’ SPS calls for Government to set out strategic priorities for OFWAT that demand environmental improvement and double capital investment in the failing infrastructure that threatens to irreversibly damage the biodiversity of freshwater ecosystems in this country. The report highlights the following key points:

The Government’s draft SPS closes for consultation on 15th October and provides a unique opportunity to refocus OFWAT’s priorities so that it can facilitate rather than impede public policy objectives including the Government’s own 25 Year Environment Plan.

The report ‘Troubled Waters’ from the Wildlife Trust, RSPB, National Trust and the Rivers Trust is further evidence of recent calls for action.

The Rivers Trust report on the State of our Rivers can be found here. 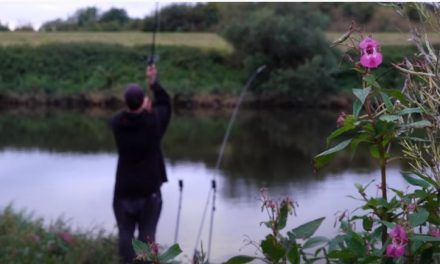 Barbel Fishing on the River Trent 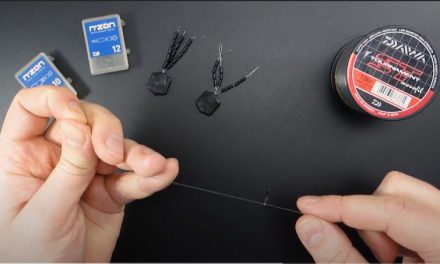 How to Tie the Helicopter Rig 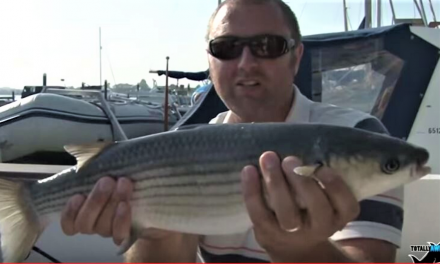 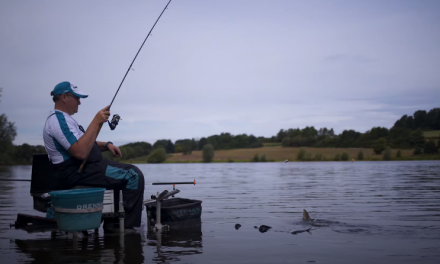