Background of the earthworm:

Earthworms, Lobworms, Nightcrawlers, or whatever you choose to call them there is no doubt that “Lumbricus terrestris” as it’s formally known in Latin is one of the most versatile and effective angling baits in existence with a huge array of different fish species which can be caught using them.

Whilst being expensive to purchase commercially from pet food suppliers and tackle shops, a bait supply of earthworms can be sourced completely free – although it will require some notable effort! The nickname “Nightcrawlers” comes from the fact that they can be found lying partly or completely exposed on soils surface at night-time. The reason for this is that earthworms mate above ground using the safe cover of darkness whilst they try to find a partner, with this behaviour occurring almost exclusively when conditions are wet and the temperature reasonably warm. Earthworms respire by exchanging Oxygen through their skin which subsequently needs to remain moist to avoid suffocation, so dry conditions are not favourable for night crawling behaviour.

When planning a worm dash, it is important that you monitor the weather conditions as well as having some accessible areas in mind, with suitable traits for maximising your chances of a successful collection visit! Favourable conditions are rainy days or prolonged damp conditions, with air temperatures ideally into double figures (Over 10 °C) and not less than 5 °C once the sun goes down. If overnight temperatures fall to around 0 °C then the chances of getting earthworms are vastly reduced and a frost is the kiss of death!

With these parameters in mind, it’s no surprise that the seasons of Spring and Autumn are typically the most productive to collect earthworms because soil moisture levels are typically high coupled with mild air temperatures; although heavy rain during summer also provides excellent conditions. Wait around 2-3 hours into darkness before venturing out collecting as this gives the earthworm population sufficient time to emerge to the soil surface before disturbing them.

Great places to find numbers of earthworms are public sports pitches, the edges of ploughed fields, freshly mowed lawns and areas of grassy verge running alongside concrete pavement. Always ensure you have a legal right of access for any areas you go worm collecting, as many sites like sports pitches & fields are privately owned being subject to trespassing laws. Prioritise sites where the grass is cut very short as this will be a great help when it comes round to physically picking the earthworms as longer grass causes difficulty spotting and getting a good hold of the worms!

In terms of equipment you’ll need to take with you on a worming trip, firstly, soft sole shoes to reduce vibrations whilst creeping around coupled with a dim head-torch ideally emitting either red or green tinted light. Whilst earthworms do not have eyes or ears, they are very sensitive to light and vibration due to cell receptors in their skins so utilising the above will give you as much time as possible to spot and grip the worms before they spook and disappear back into the safety of their burrows. You will also need to carry a suitable tub with soil for storing the worms once you pick them.

As you creep along and spot some earthworms lying half exposed out the soil it is not as simple of just grabbing hold and pulling them out, as earthworms can exert strong grip and friction inside their burrows by erecting bristles on their skins (known as “Setae”). Applying pulling force straight away will result in many snapped/broken worms which will need to be discarded as partial worm sections will simply die and quickly result in the rest of your worm stock to follow suit, making the whole expedition a waste of time/effort.

Once you see an exposed worm you must be quick and grip it firmly as close to the burrow hole as possible. Instead of just pulling against the worm, be patient taking your time just restraining it statically until the worm eventually tires out under tension. You will feel the worm’s body relax with its setae bristles contracting and with gently applied pressure you’ll be able to carefully prise the worm out of its burrow in one piece. It also pays to judge the angle at which the worm’s burrow is dug and extract the worm in a straight line from it minimising friction. Sometimes you’ll get lucky and find a worm completely exposed from its burrow or stranded on concrete adjacent to grassy verge which makes life much easier, but this is not the norm with most worms requiring a good tussle to extract! No doubt you’ll miss and spook plenty of worms initially but once you have got the hang of it is a case of cracking on collecting the quantity of worms you require for your angling needs.

After your hopefully successful collection you will need to store your earthworms properly to keep them in the best condition for fishing bait, as well as getting the longest life out of them. Transfer the worms from your collection container into where you plan to store them one by one performing a final inspection of each worm to make sure there are no damaged or broken worms for the reasons mentioned earlier.

For safe storage it is recommended earthworms are refrigerated at cool temperatures of around 5-6 °C but if a fridge is not an option you will get away short term with leaving them on a cool garage floor. The most important aspect is that any temperature variation/change is gradual as earthworms do not respond well to sudden increases and decreases preferring a stable climate.

Earthworms that will be used in the short term (days & weeks) should be stored in a ventilated container with soil. Ideally the soil should be sourced from where the worms were collected as this will be the soil composition which they are accustomed to living in.

For longer term storage (Over a month) earthworms are best transferred to a much bigger bucket with soil bedding or even a wormery container of which many are now commercially available for those who want to take their earthworm keeping skills to the next level!

Tricks to improve the condition of the worms for fishing are adding garden moss and/or shreds of fine cardboard/newspaper into your wormery as this helps toughen up the worm’s bodies making them more resistant to hooking and resisting a firm cast. You can also add dead leaf matter into the soil bedding as a source of food for the worms to help them grow over time and even completely change the soil bedding every few weeks as the worms will consume the nutrients from it in time.

Remember to keep a secure lid on any ventilated container with earthworms in as otherwise you’ll likely find them night-crawling around your fridge or garage floor! Furthermore, when deciding to actually go on a fishing trip using your hard-earned worms only take with you the quantity you’ll need for the session stored in a separate bait container as oppose to bringing out your entire stock to ensure if it’s a hot day or for whatever reason the worms die you will still have the rest of your supply to fall back on for the following fishing trip!

Finally, the most important bit, some tips and tricks to get effective application from your worms on the bank. It is no good going through the ordeal of getting the worms if you fail to present them well to the fish! Tactical applications vary depending on the desired species and nature of the angling situation involved but there are a few helpful pointers which are universal to all!

Earthworms by their very nature are strong wriggly blighters which if mounted on a hook (especially small hook sizes and barbless patterns) have a canny ability to get off, so it pays to use a small bit of rubber elastic band as a means of securing them on the hook shank or even hair rigging the worms using a “push-stop” bait anchor device of which many are commonly available in tackle shops. If using rubber elastic band is not your thing another trick is to stun the worm which temporarily supresses it’s wriggling before casting out. The main method of doing this is to slap the water surface in the margin with your rig/worm hook bait.

Chopped worms are a popular form of application for finer presentations and where smaller fish are the target but if you are fishing whole large earthworms, a big hook to match the bait is essential. For most of my Chub/Perch/Barbel fishing with worms I rarely ever drop below a size 8 and the hooks must be a wide gape pattern where the hook point is well exposed for maximal hooking potential as the size of the bait can inhibit this. Sometimes you will still miss bites if the tail of the worm catches the hook point on the cast but that is unavoidable. One of my most successful Autumn/Winter floodwater baits for Barbel is 3 whole large earthworms mounted on a size 2 hook with the tails snipped off to increase release of the amino acid rich internal fluids that fish find simply irresistible! As for which part of the earthworm to hook it is mostly recommended to hook the worm through what is known as it’s “saddle” (An enlarged tough section of its body usually around its mid-section). This is not a blanket rule however as Perch can sometimes attack a worm head end first, so it pays to experiment with hooking styles if you are missing bites.

Another trick is increasing the buoyancy of the worm through carefully injecting it with a small amount of air so that it sinks slower and wafts around better on the bottom. You can add air to your preference right until the worm is completely floating of which a freelined buoyant earthworm is a devastating stalking bait for Summer Chub!

If this article has not already filled you with enthusiasm to get out there and give collecting your own earthworms a go check out the following images as all the proof you need that it will be well worth the effort! 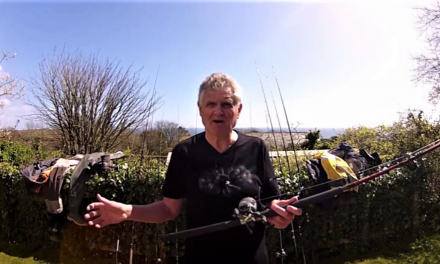 Fishing on a budget: rods, reels and clothing 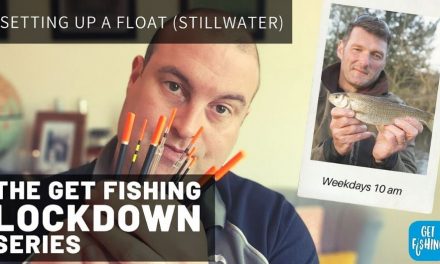 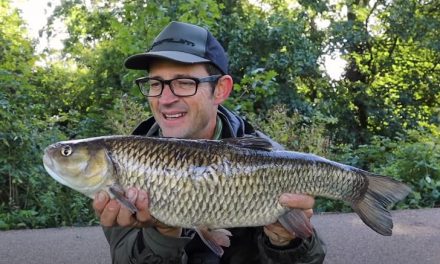 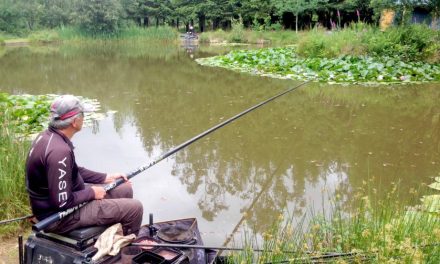