Squids in! Fishing for those fun summer visitors 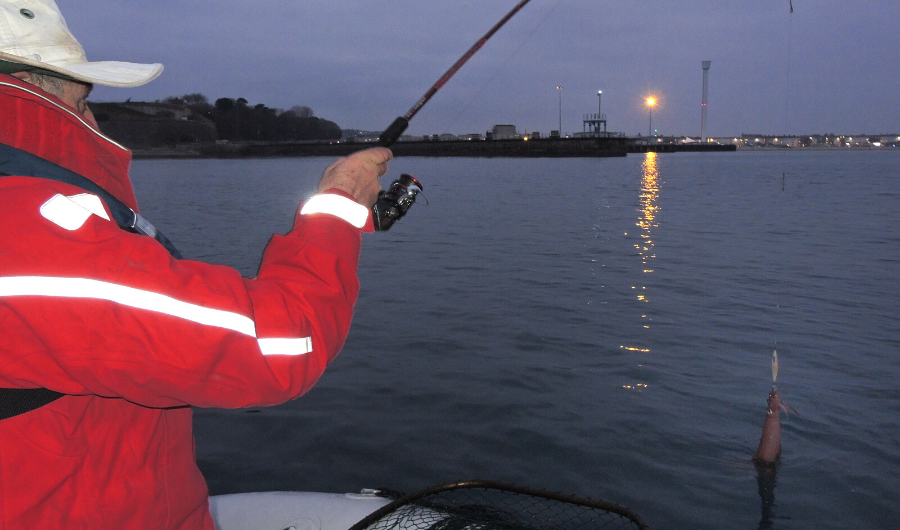 Over the last 10 years or so catching squid has become more and more popular in the UK. There are various reasons for this, but I think it is in part due o the increase in people using light lure tactics for all species. Europeans who come here to work have brought their squid fishing skills with them and their enthusiasm for catching cephalopods has rubbed off on others and the publicity that squid fishing has enjoyed has made it more widely known.

Lure suppliers have enjoyed the extra sales the squid fishing market has generated and high-quality squid lures are now available easily. There are even custom squid lure makers on the scene. Couple all those things together with TV chefs showing recipes that use squid and the circle is complete. People like to be able eat what they catch and squid are highly prized in the culinary camp.

The consensus of opinion has been that the main squid seasons are spring and autumn, from around mid-April through to June and then again from mid September to the end of November. A naturalised Spaniard I know, who is as fanatical about catching squid as others are for bass, reckons they are present all year round, especially in the south west. That opens up a whole new frontier for the squid angler.

They are widespread in their range, mainly found over broken ground or reefs but they can also be caught over clean ground, away from strong tide flows. Think of the large bays along the south coast, such as Mounts bay, Falmouth, St. Austell, Whitsand, Plymouth Sound, Torbay, Lyme, Weymouth, all the way east to Dungeness and beyond. Anywhere you find broken rock and weed, squid are probably present. The same applies along the Welsh coast. Cardigan bay must be full of squid, but to my knowledge hardly anybody targets them. Yet for the small boat angler, dinghy anglers and kayakers especially, they are right below your feet!

Some of the most popular places are off Brighton and Weymouth. It isn’t uncommon to find several boats fishing for squid off these known areas and there is a commercial handline fishery off Cornwall such is their prevalence. Squid along the remainder of the coast are hardly touched. According to those who know about squid, they come into quite shallow water to hunt, water as shallow as 2 metres deep, especially in periods of low light. And not just at night, but when there is thick cloud cover, too.

Certainly, night fishing is generally more productive as they will rise up in the water column and are attracted to places with bright lights, such as the end of harbour walls or illuminated seafronts. Like moths to a lamp, we can take advantage of this behaviour by putting a light in the water to attract squid to the boat from a wider area. There are various waterproof LED lights available you could use. Mine is from Teklite and is waterproof to 30m, but any bright light shining on, or under, the water will work. Green is a good colour to attract squid, but white works, too. The Teklite LED wands are ideal and even have a lanyard point on them so they can be lowered on a line a few metres deep to increase their effectiveness.

Some squid lures are quite complex, despite their simple appearance. They can have scientifically studied ‘skins’ that retain a higher temperature through insulating the body thus making it register with the squid’s heat sensitive hunting technique as well as being within certain proven light wavelengths that make the lures more visible. Others have luminescent aspects to them, eyes or spots within the crown of hooks, to direct the squid’s attack towards the sharp trap awaiting them.

There are a couple of ways of rigging squid lures, depending on the depth you are fishing. My preferred way for deep water is to rig them paternoster style, on short 4in-5in traces standing off the main line about three feet apart with a weight on the bottom. This is a practical way of fishing for squid in water up to 40 feet deep. If the ground is clean a heavier squid jig can be used instead of the lead for a greater chance of catching, but using what is, in effect, a grapnel on the bottom over rough ground is just asking for trouble.

For shallower areas, a single squid lure attached via a secure clip direct to the end of your reel line can be fished by casting and twitching the lure back to the boat. This works in water up to about 15 or 20 feet deep provided there is not much tide flow.

When fishing for squid a slightly softer rod is an advantage. Squid can put a fair strain on but it is more of a steady pull with some surges but they tend to be unidirectional due to their waterjet swimming technique. A rod that bends well and can retain tension on the line is a useful advantage as the ‘hooks’ on squid lures are barbless and often just catch one tentacle rather than become inhaled. Hook holds can be tentative and need protecting, a rod that is too stiff will bump off a higher percentage of your squid.

I find a landing net a must. Many squid can fall off the lure as soon as they are netted, most of these would be lost without the use of a net. Another advantage of the landing net is the ability to hold a captured squid overboard while it ejects its ink, rather than covering you and the boat in the black liquid. To help avoid the mess associated with squid fishing I devised a simple way of keeping it contained. I started with a plastic bucket and cut a flap opening in the lid, the fish can be quickly slid in through the opening and the spring of the material closes the flap behind. It works for mackerel and herring fishing too! 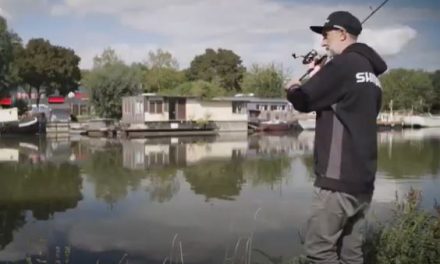 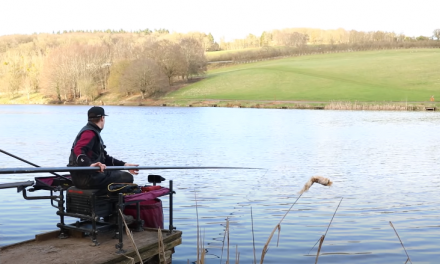 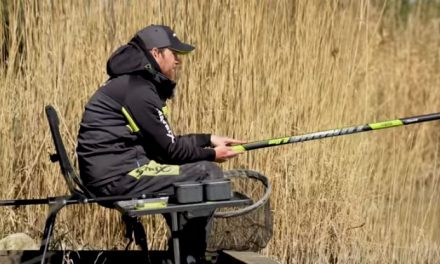